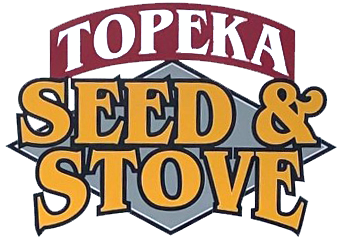 Established in LaGrange County in 1937

The original business was started by our father, Omer Hochstetler in 1937. His business started by spreading marl on fields in LaGrange County in Indiana. Omer hired his brother to help shovel marl by hand out of Emma Lake’s edge which is four miles north of Topeka, Indiana. They would then spread marl on the fields using trucks pulling a barrel spreader behind them. This was a fifty-five gallon barrel over a spinner fan run by an old axle with the shaft turned up.

Omer paid his brother $2.00 per day, even though his previous employer complained to Omer that he was wrecking the labor market, as he only paid his employees $0.50 per day.

In the early 1940’s, dad bought a single axle tractor trailer semi and started hauling shelled corn from Illinois back to a local Amish feed mill. The corn yields at the time were around forty bushel per acre and there was not enough corn grown locally for the demand. He also trucked coal from Ohio. 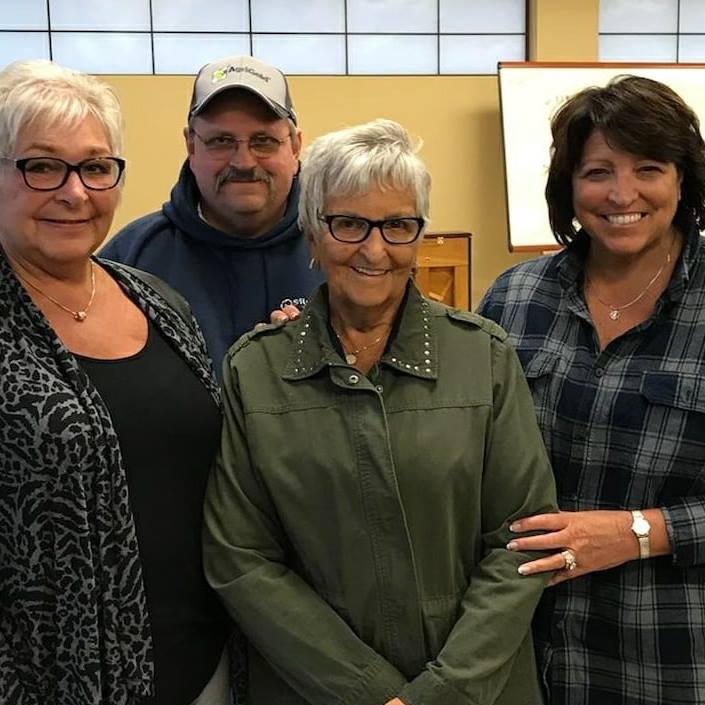 “Omer paid his brother $2.00 per day, even though his previous employer complained to Omer that he was wrecking the labor market, as he only paid his employees $0.50 per day.“

In 1945 the new government farm program AAA would help pay for lime and marl spread on fields. Omer had the contract for LaGrange County to spread lime for farmers. At that time Omer had lime shipped by rail from Woodville, Ohio, to stockpile in Topeka, Wolcottville, LaGrange, and Howe, Indiana. 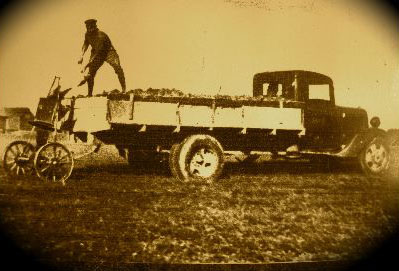 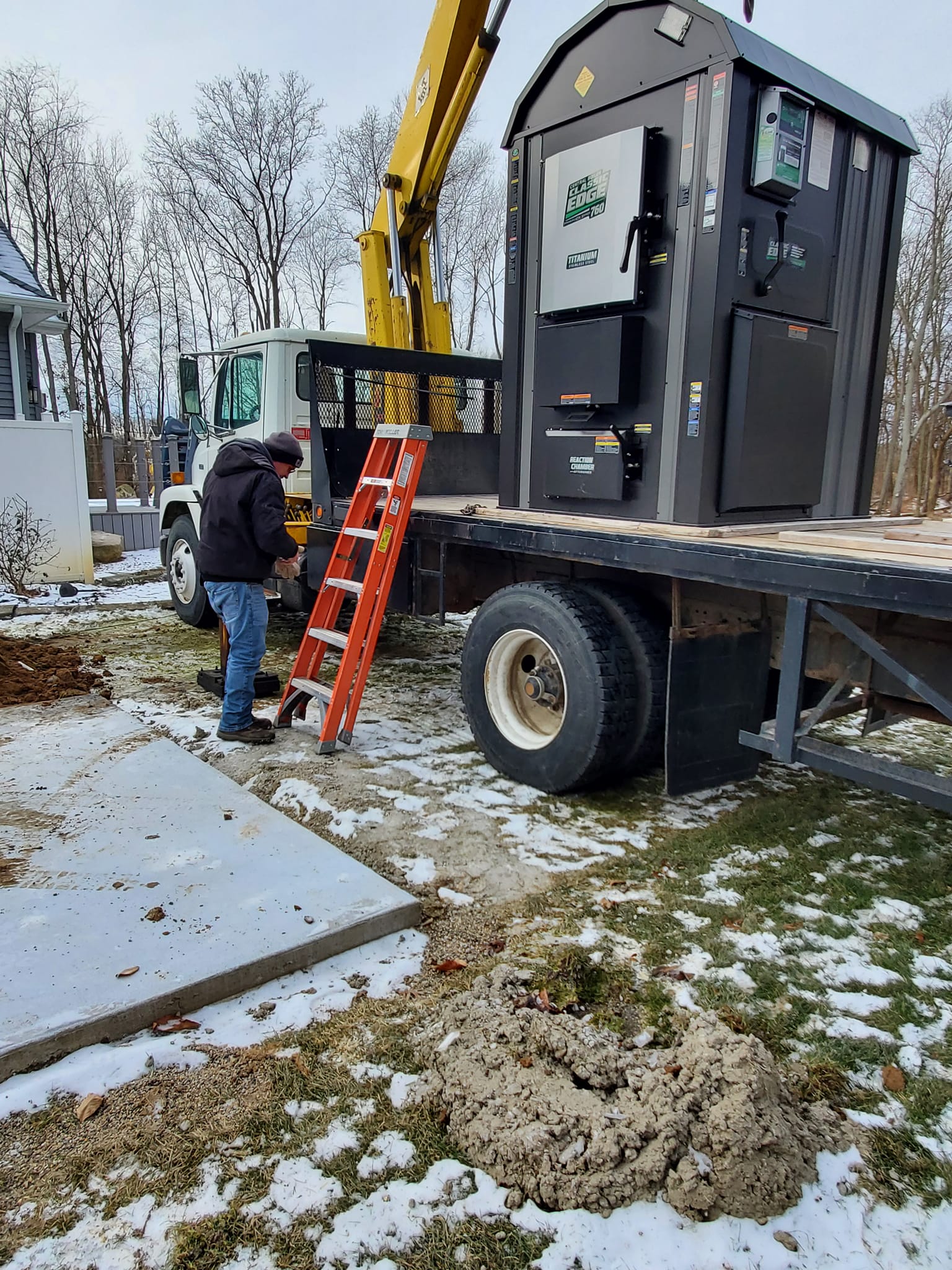 In 1964, Omer installed the grain elevator and semi scale to buy grain and in 1965 Omer passed away at age 53. At the age of 27 and 26, sons Bill and James along with their mother, continued operations consisting of a complete farm supply store, custom field applications, and expanded grain storage. At one time the business had one million bushel of government stored grain and were using railroad for shipping as well as trucking grain.

In the early 1980’s the railroad was being removed from Topeka and several hundred car rail grain terminals were going within 35 miles of Topeka, which made it impossible to compete in the grain market. That is when Topeka Seed & Feed across from Topeka Livestock came up for sale and we purchased it for a second business. 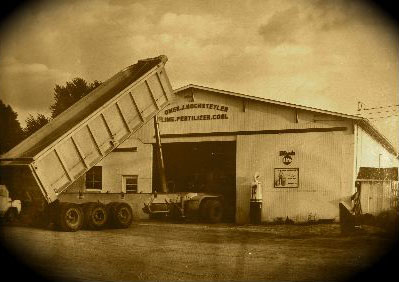 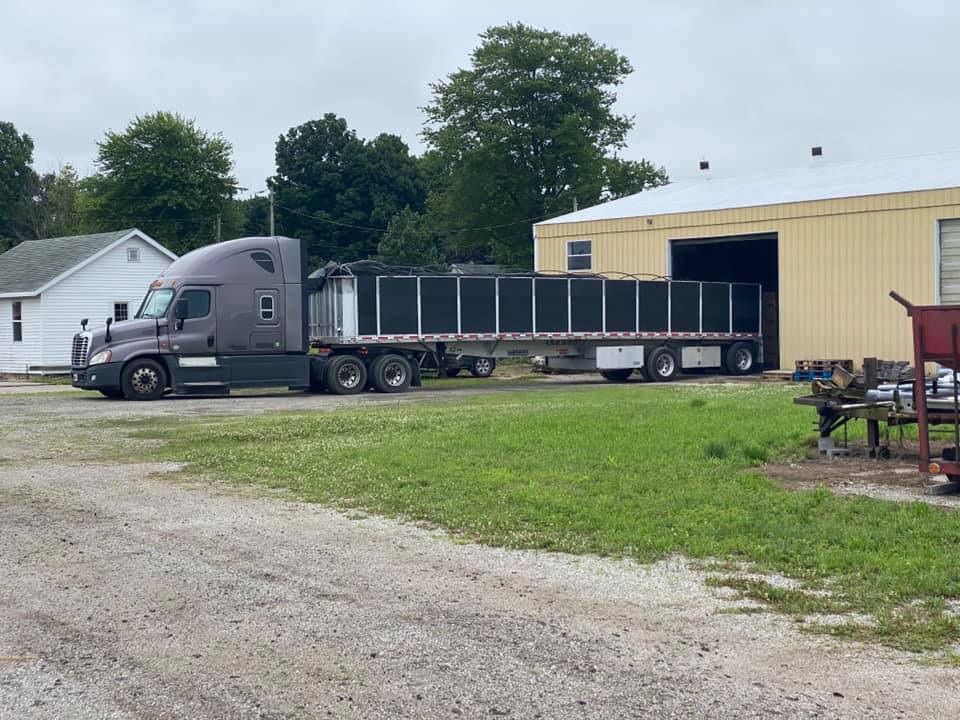 We had been selling bituminous (soft coal) and anthracite (hard coal) since the early 1940’s and had a lot of experience in home heating. So, in 1984, Topeka Seed & Stove was formed, and along with farm supplies we began selling wood & coal stoves as well.

Then along came the invention of outdoor wood furnaces. There were many inferior designs which we refused to sell. It wasn’t until we attended the National Stove Show in Orlando, Florida, in 1986 we came upon the Central Boiler Outdoor Woodstoves. We were impressed by their design and became a dealer. Today we are one of the oldest and largest Central Boiler dealers.

For the past 19 years we have been exhibitors at the Fort Wayne Farm Show which has been great exposure for our products. Throughout the years our customers tell us that they knew about us because they saw us at the farm show. There is definitely an increase in sales due to our exposure at the show. Although we don’t actually sell products at the time of the show, we are able to educate the people about how to figure the proper size stove they need, how to determine the correct type of chimney pipe, and to explain the comparison between different types of fuel and the relative costs.

We look forward to many more years of servicing new and old customers. Please come visit us at the store!